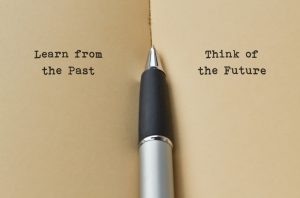 A few months ago, one of my staff members rang me in a panic.  She had stuffed up. Big time.  She had accidentally hit reply to an email instead of forward to an internal colleague.  The content of the message was…well let’s say, pretty direct and used a few “internal” jargons referring to the sender of the email and instead it went to the sender! Oh dear. A mistake. An embarrassing mistake that she felt terrible about. What to do?

One of my biggest motto’s in running a business has been you have to make mistakes to learn and if you aren’t making mistakes you’re not making anything. I read this philosophy in 2001 reading Richard Branson’s “losing my virginity”. It’s an attitude that I have adopted and put into practice many many times.

The advice and steps we took to deal with it were:

What happened that day for this Consultant is pretty minor in the scheme of things, as most mistakes on a day-to-day basis can be fixed by following the steps above.  Over the years when I think about mistakes that were made in the business, they tend to be incremental ones such as charging an incorrect rate on a temp margin, sending a group email with all the address of the recipients visible, sending a courier to a wrong address, forgetting to send an important document in the mail, not returning a call the same day…. I think sometimes we need to remember that we are all human and mistakes happen. It’s the way that we deal with it that, see the learning opportunity and of course make sure it doesn’t happen again!