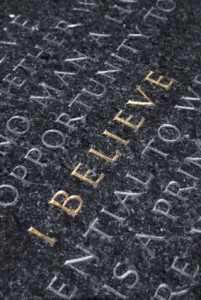 This week I had a new business owner track me down on Linkedin and ask if they could buy me a coffee to pick my brain about how I’ve “grown the business so successfully”. Apart from the fact that I’ve recently given up coffee (my adrenal glands are running over-time!) – I have agreed, because I know in my own experience learning from others can sometimes be the most inspiring way to take an idea or business to the next level.

This happened for me late 2001 when I was working at another recruitment firm where things were going really well from the outside.  I had a great team, a group of repeat-purchase clients and revenue targets were being overachieved.  However, on the inside, it was a different story.  We had a new CEO, who was less than inspiring and had zero recruitment experience, the culture was changing significantly, staff were being treated like second class citizens and I was becoming disengaged.

I was reading Richard Branson’s “Loosing my Virginity” autobiography at the time and I was inspired by his road to success and his theories about growing business. His beliefs included small is beautiful, look after staff first, clients second and shareholder interests last.  He stressed that your key asset is your people and you must give them every opportunity to work at their best.  As I looked around I could see that the opposite was happening in this national recruitment firm – it was very much about the share price, winning volume tenders, cutting costs and reaching the number one position in the market.

Coincidently, I was headhunted at the same time by well known Adelaide businessman, Mark Hender to join his consulting firm.  Although highly prestigious and reputable in the executive space, I was reluctant to move into a sole consulting role again since I was thriving in leading a team of people.  That is when he offered me the opportunity to set up a new business.  A very exciting proposition that I didn’t refuse.

There I was, all of 23 being offered the chance to develop something from inception, put in place everything I had learnt and make the people the focus instead of just the profits.

The recipe for success was clear.  I had something to believe in – a new business where people and quality were going to be the differentiator, I had someone who believed in me and was prepared to take the risk with me and finally I had the confidence and belief in myself to get it off the ground.

The results were generating revenues of $3 million in our first year of business and creating a new recruitment system where clients paid for part of our service upfront and where candidates were king – treated with honesty and respect and very much just as important as the paying client.

I celebrate my 10th year at Entrée Recruitment  this year and as I reflect on what I will say to this business owner over coffee next week – it is very clear that belief is a critical ingredient to business success. You need to believe in yourself, you need others who believe in you and finally you need a business idea that you believe in.