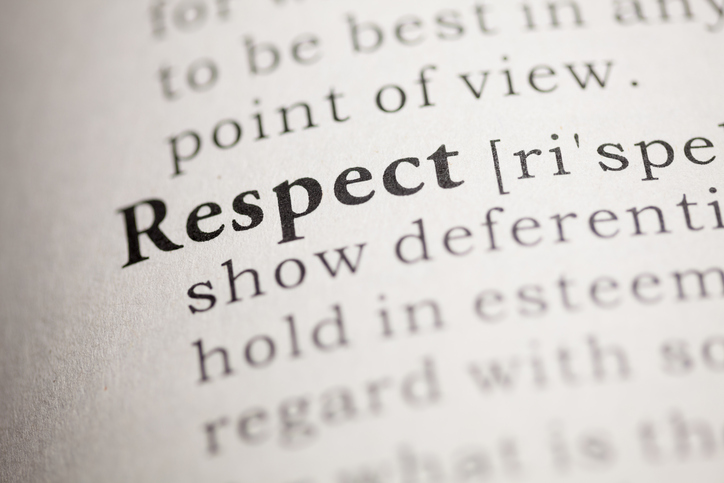 Winning respect – 10 ways to give up wanting to be liked

I recently read about the upcoming release of Sheryl Sandberg’s new book “Lean In: Women, Work, and the Will to Lead”. As the COO of Facebook, she talks about Mark Zuckerberg (her boss) and the advice he gave re her desire to be liked by everyone and his belief that it would hold her back in her career.

This is the second time I have heard about a leaders’ desire to be liked in a matter of weeks.  One of my female coaching clients said to me “I want to be respected, but I still want to be liked a little bit too”.

Is it possible to have respect and be liked as a leader? Will this goal hold you back from being an effective leader long-term?

My first opportunity to lead a team early in my career, presented me with the immediate challenge of winning the respect of a group all older than me.  How was I going to win them over? I started with showing them my results – facts and figures and methodologies that were black and white – I figured they couldn’t argue with achievements! It was the first step in establishing respect.

Since then, I’ve learnt other strategies leaders can use in the race to win respect, while losing the notion of being everyone’s friend:

1.You’ve already got friends– I have challenged leaders in the past who have struggled with this concept that you already have friends and work is not necessarily the place to gather more. Sure you might make friends, but it shouldn’t be the primary focus – avoid blurring the lines.

2. Relationships – I’m not saying don’t be friendly or don’t have social interaction with people. Certainly there is a human element to leadership and part of building relationships is getting to know the personal side of your staff.  BUT leaders need to show consistency, professionalism and not play favourites.

4. Lead by example – a leader who sits in their office, is always busy and unavailable in meetings, will not gain the respect of their team. Walk the talk, get on the phone where people can hear you, go on client visits, sit in open plan – showing you can do the job wins respect.

5. Hold people to account – being clear on what people are responsible for, give them the knowledge and tools to perform their role and then get out of the way.

6. Be clear on what you stand for – a respectful leader knows their values, is clear on what is expected and consistently inspires through communicating the vision.

7. Intuition –  go with your gut and call behaviours as you see them.  If you have a ‘feeling’ someone is going to resign, or something is up with the person who had his or her arms crossed in the meeting – don’t ignore it. Trust your gut and have a conversation – nip issues in the bud and encourage an open dialogue, don’t let unspoken issues fester.

8. Recognise & reward – catching people doing the right thing and being very specific about what they have done well goes a long way to building respect.

9. Open communication – what’s happening in the company, good, bad or indifferent shouldn’t be a secret.  If you don’t talk, people will make up their own ideas and assume – sure fire way to kill respect.

10. High standards – a respectful leader will push you outside your comfort zone and show belief in you to go further to achieve more than you think possible.  Not many leaders are willing to push hard for fear of losing approval.

During my leadership career, it has been a learning journey to earn respect, some people probably liked me and others probably didn’t. The difference is that it didn’t actually bother me. Great if you do and it doesn’t matter if you don’t. My role as an effective leader is to believe in you, coach you to top performance and support you in that journey.   There is no easy path. That journey will require moments of being uncomfortable and challenged – a respected leader doesn’t apologise for that or seek approval.

The goal as a leader should certainly be more about behaving in ways that create respect and if people to like you too – it’s a bonus, but it definitely shouldn’t be the aim.

“Popularity is temporary, Respect is timeless”