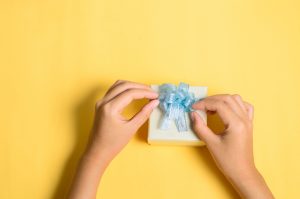 When one of my Consultants resigned after 7 years I was excited for her. She was taking a leap of faith and pursuing her life long dream of becoming a paramedic. It was at her farewell when it hit me how important it is to reward staff. In her speech, she mentioned the time I invested $500 for each staff member to pursue a personal goal outside of work.  Funny isn’t it – but as she was talking I was struggling to recall the exact detail of the initiative. On the other hand, she was describing it in vivid detail and the impact it had on her in terms of pursuing a hobby (share trading), which helped her develop her relationship with her husband (he is a day trader).  She loved that I had shown an interest in her as a person beyond what she delivered at work.  Notice she didn’t rave on about her base salary or the significant monthly bonus cheques she got – she talked about several small random rewards that I gave her over the years to recognise her achievements, loyalty and contribution.

It was when I engaged a business coach to help me develop my leadership skills that I learnt the importance of praise, recognition and random reward in attracting and retaining talent.  It sounds simple in theory doesn’t it? Of course staff love to be told they are doing a great job, of course they love a gift voucher for achieving a target or getting a group email saying how wonderful they are. BUT in reality how often does this happen? And randomly? Perhaps when an important milestone comes around or someone lands a big deal, but the day-to-day successes are rarely recognised, let alone rewarded.  I was guilty as charged.

To assist me in taking action in this area and making sure I actually delivered what I knew to be right in theory, I kept a reward and recognition book.  It made me consciously recognise and record what someone did and how I rewarded it.  This could range from a personal email, to a company wide announcement, to a lunch, to a specific gift or even time off.  It didn’t matter, as long as I was consistently rewarding the desired behaviours for individuals to consistently achieve top performance. The book was an easy idea and it kept the importance front of mind as well as myself accountable to take action.

Overall, my aim was to be specific with the reward.  What was the behaviour they demonstrated that I wanted to see demonstrated again in the future? Don’t lose the meaning of recognition by just saying well done. Be specific about what the reward is for.  This is important not only for the individual, but also for the rest of the team to hear the right message.

Don’t wait for someone to crack their budget or out-perform last’s year’s record – reward people now for the action they take, the small steps they make and the lessons they learn.  It’s never to late to let your staff know that you appreciate what they do, to say thank you or to publicly reward action and effort rather than just outcomes and revenue.  Random recognition and rewards will win you loyalty and trust as well as assisting to reduce unnecessary staff turnover due to feeling valued and acknowledged.  Human nature tells us we like to feel appreciated and we want to do a good job – so go on, look for the successes, go and say thank you, be specific and randomly reward a team member today.

Nicole Underwood understands what it takes to create, build and grow a successful business. As a previous finalist in the prestigious Telstra Business Women Awards, Nicole consults and coaches individuals and organisations to improve their results through effective leadership and attracting and retaining top talent.

This article was written for Lifestyle Elements – a great way to reward your staff with their own personal concierge.