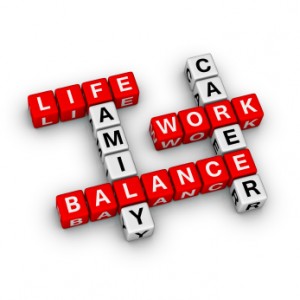 Last week a candidate of mine become ill only 2 weeks into her new permanent job.  She felt terribly guilty about taking any time off believing that she would not be creating a great first impression.  She spoke to her new boss and surprisingly he said to her “take off as many days as you need to get better – health comes first, family second and work third”.  How many bosses take the same approach I wonder? I was certainly impressed.  So, this candidate took 3 days off getting herself better and returned happy, confident and not at all guilty.

I am not sure this case would be overly common in the business world.  As this week, I caught up with another client who complained that “Sally” was off sick yet again – her 5th day in only a matter of months.  He felt that it was disrupting to work flows and she was becoming unreliable.  I enquired if she was really sick and he admitted that she wasn’t well and hadn’t been for several days – ‘isn’t it better that she is at home and doesn’t spread it around to everyone else?’ I enquired. He wasn’t overly convinced and mumbled something in his coffee about ‘yes but….”.

So saying health first, family second and work third – is this just a new employer saying the right thing to impress a new recruit or is it firmly held value and belief that is practiced as well as preached?

I personally can relate to this new order.  After my second child in August 2009, I returned to work in early 2010 with the all the gung-ho spirit and energy to conquer the world.  In reality what was happening was I was struggling to get enough gas in the tank just to get out of bed in the morning.  No amount of coffee, self-talk or sugar-hits could make me physically replicate what I mentally wanted to be – the energiser bunny!   I put it down to being a mother of 2 under five, wife, career woman, the baby waking in the night, not getting enough ‘me’ time etc etc.  Not once did I consider that it was potentially a health problem.

Months and months of “running on empty” with all sorts of self-diagnosis, friendly family advice and incorrect GP conclusions – led me to make health a priority to figure out what exactly was going on.  A long story short was yes in fact I was suffering from hashimoto’s thyroiditis. The results came in a matter of weeks all from changing my priorities to making health number one and it positively impacted on all the other areas of my life.  Suddenly I could read bed time stories without yawning, the business revenues increased and I was able to successfully juggle all the things on my plate.

This breakthrough moment has certainly reinforced to me that health must come first to enable me to make family a priority and only then can I be truly effective and productive as a leader in my business.