Relationship on the rocks? How to get what you expect…. 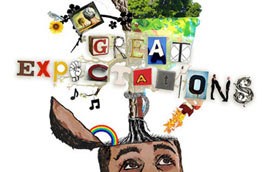 This week, a senior HR Manager was telling me about her current job search and about a situation that caught her off guard, unprepared and quite frankly a little cranky.  I was surprised, because HR people are generally quite relaxed at interviews –as they are usually the ones on the other side of the table asking the questions. She was called by an organisation after sending in her resume to attend an interview, excited, she asked what she should prepare? “oh nothing, this really is just an ‘eye balling’ exercise” …. The conversation continued in a joking manner “to make sure you have two arms, two legs” etc.  My candidate didn’t think too much more about it, as an eye balling surely suggested a quick meet and greet, maybe a coffee, nothing more. You know what happened don’t you? She arrived 15 minutes early and the PA said “oh they are actually ready, you can go on through”. She looked through the door and saw a panel of 3 people – immediately she thought they were just finishing up their meeting and she would be just be meeting with the 1 person like she was told on the phone. No, there were 3 people on the panel with structured interview sheets and questions ready to go.  She broke out in a mild panic of sweat and went on to ‘wing it’. At the end she shook hands and left thinking she had blown it completely. She was clearly fired up about it when I spoke to her – how could they do this? How could they be so unclear with candidates about their approach?

It comes down to expectations – setting expectations to get what you expect.  This story reinforced to me the importance of doing this from the very start to ensure relationships get off on the right foot. When recruiting and retaining top talent in any organisation, you need to be crystal clear when communicating expectations to avoid performance problems, staff turnover and general frustrations.

Just today I interviewed a potential Consultant and at the end of the interview I gave her a rundown of what we expect around behaviours and performance. I know what works and what doesn’t – so it is only fair that I communicate that. If she runs for the hills scared by what I have said, great because she’s not for us – but if she feels her values are in alignment, we could have a fantastic new recruit! Nobody wins by being unclear or untruthful from the get go – it will either result in underperformance, unhappiness or a general resentment of ‘this isn’t what I signed up for’.

It starts from the moment you pick up the phone to bring that new candidate in for a potential job – don’t say “come in for a chat” and then expect to see someone in a slick matching suit to succinctly answer all your behavioural based questions.  From your very first interaction is an opportunity to communicate your culture, values and expectations.

The benefits of setting expectations are that when things go wrong – you always have something to go back to. Remember at interview when I said….Remember during your induction we showed you….Remember in the training manual we explained…..there is no room for misinterpretation or “I didn’t know”  when your messages are clear and consistent.

Setting expectations at the start of recruitment campaigns, interviews, meetings, employment relationships and even at home, create a solid platform to return to when things go pear shaped. Remember – you get what you expect.

By the way, the HR candidate I mentioned got a strange phone call this morning….she got the job!